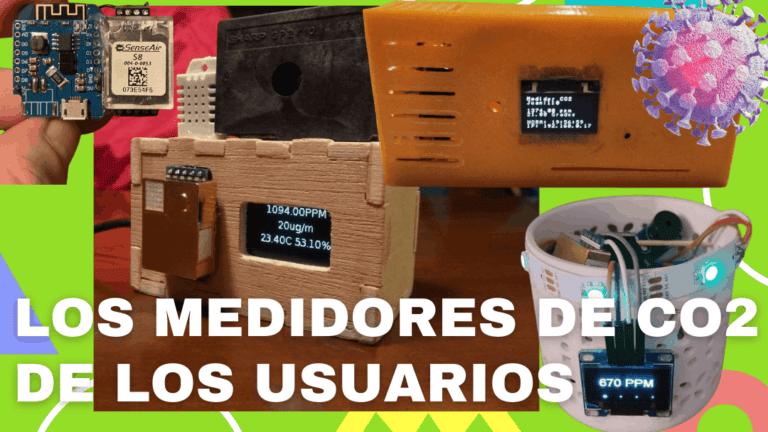 There are many users, of all levels, who have built the EMariete CO2 meter.

Some have created a simple and temporary assembly, on the air, with no other pretense than that of obtain reliable CO₂ measurements cheaply and easily, others have created more «definitive«, some very original and some have made montages of a practically professional level.

On this page you will see some of those montages. I will be adding new montages, as users send me their photos (Send me yours!).

If you want your montage to appear, send me some pictures, and if you want, accompany it with some short description through the Telegram group. The only requirement is that it be based on the project of this blog, no matter how many modifications it may have.

Danimod user presents his project to us. A montage that I would say has a practically professional look.

In this case you can see some of the meters he has built, with sensor Senseair S8, for his family. Congratulations on this much-needed initiative!

Joselu70 has also created this design with two OLED displays, to be able to show more information at the same time.

Maybe you are also interested in:  Experiments with ESP Easy (ESP8266) and low consumption - v1.0

Own 2nd, 3rd and 4th ESO students They have built this army of CO2 meters. They even designed and 3D printed the box themselves.

Ernesto is very prolific and has done many montages. Here you can see some of them, starting with a CO2 meter with particulate matter sensor.

Ernesto has also built this compact, battery-powered version of the meter to use as a wearable and use it Anytime, anywhere (by the way, don't miss his PeluCO2 wearable CO2 meter, the culmination of this montage).

Aromeo has built this Nextion touch screen CO2 meter and the preciousness of «CO2 cloud-traffic light» that you can see behind and of which I also leave you some photos of its interior below.

Who said you have to complicate your life?

Zaguero has carried out a project that, to me particularly, I'm lovin 'it. Original and fun!

José Miguel has built this version of the CO2 meter with a rechargeable battery. Using simple materials has been a very clean and elegant assembly. I love that "techie" style with the interior exposed.

José Miguel has built the project using Wemos D1 Mini plates for prototypes, which have given it a very clean appearance when mounting, even if it is provisional.

This is the final result, starting from the previous prototype, in which using this AliExpress box, which is perfect for this type of project, with ventilation openings, it has achieved a tremendously professional appearance.

You have used the thermostat cables from an old boiler that you had so it has been a super clean assembly, with no visible cables.

Angel has built this version of the CO2 meter with his own box design, which looks really, really good, in my opinion. I like him colored traffic light of CO2 concentration taking advantage of the translucent white of the box.

Maybe you are also interested in:  Comparison of CO2 sensors MH-Z19B vs Senseair S8

José Miguel has built the project using Wemos D1 Mini plates for prototypes, which have given it a very clean appearance when mounting, even if it is provisional. The next version will be made with the same plate, but trip, we'll be waiting for it.

Next, you can see José Miguel's star montage.

Uses this AliExpress box, which is perfect for this type of project, with ventilation openings, which gives it a tremendously professional look. You have used the thermostat cables from an old boiler that you had so it has been a super clean assembly, with no visible cables.

José Miguel has also built this other meter, on the air, although fully functional.

The user Xex has created a montage, with a wooden box designed by himself who, sincerely, has me in love. It seems like a work of art to me. Congratulations, Xex!

What's more, has included a particle detector Sharp GP2 Y10 (fully supported by our CO2 Meter) to get to know, even better, the quality of the air you breathe.

The friend Carlos Botana has sent us, through the Telegram group, his original montage «taking advantage of a box of slides (from when PowerPoint did not exist 😅)«, As he himself says.

A very nice compact assembly of the most «maker».

You don't always have to spend hours and hours at the checkout. The user Neo1258 sends us his assembly, simple and fully functional.

Miguel 3D has designed a most curious box. It really is a nice and original design (I don't know why reminds me a bit of R2D2).

The user Luis, has surprised us a lot with a box (oops! Did I say box?) That I'm lovin 'it. It is seen that user creativity has no limits… And the results are amazing.

KunKun 3D's design is simple and compact. Little space needed on the table.

An interesting 3D printed model with a type of plastic that gives it a very special look.

In the following video you can see the AdAstra box in more detail and printed with other filament colors.

A very interesting variation of the box. Thank you very much Carlos for naming the blog! ❤

A version? No, better two or more! Juan Luis has created several versions of the meter with his own custom box designs. Here are two of them.

Mario sends us a photo of his meter with his own version of the box,

The user Yudzu sends us a video with his meter, very interesting, in which he achieves a very compact air mounting.

Photographs of hundreds or thousands of meters built are missing. Have you already built the meter? Send me a picture! ❤

Haven't built your meter yet? What are you waiting for?

Join the Telegram group and send your photos! 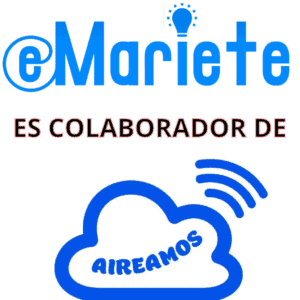 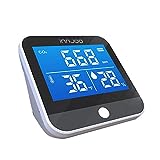 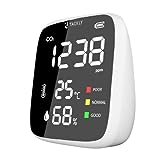 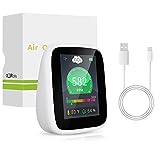 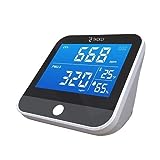 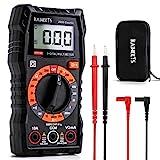 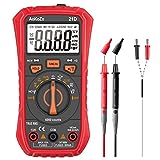 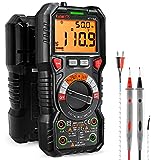 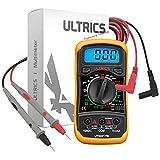 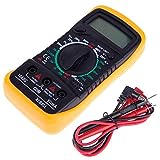