The truth is that my house looks like an automation fair, with so many things and so many different things. It is the essence of those of us who like to mess around, test and use whatever "messy" we see. 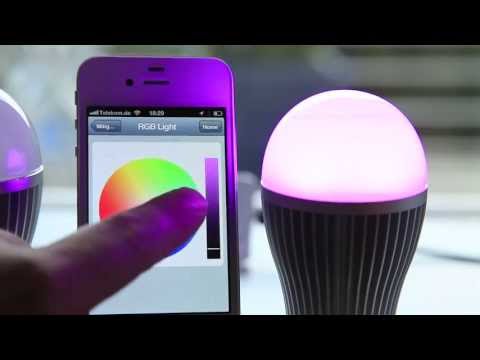 Among other lighting control systems that I have in my house, a few years ago I put a new one that I found on the internet, the «Milight» system (also known by other names such as LimitlessLED and the like).

Since he used several different technologies, he used several receivers and bridges that allow me to integrate them into the home automation system (Rfxcom, RFLink, Rfxcomtrv, etc). It turns out that in one of the last RFLink firmwares that have appeared, they have introduced the possibility of receiving and controlling the protocol of the Milight system, simply by adding to the RFLink a small module that costs two euros.

Said and done, I have gotten to work and since this afternoon I can control from my computer the Milight lights that I have around the house (four RGBW bulbs, a strip of RGBW LEDs in the living room and several RGB strips in a glazed area that we have in the patio, where we spend a lot of time.

A side effect of having included this module is that now the RFLink also receives the modules from MySensors (which I also have one), which makes it even more interesting.
← Previous: Home automation voice control with Siri and MQTT Next: My house is texting me! →

It may also interest you ...

Mechanical assembly of the CNC milling machine with Arduino. An easy and cheap machine to build and with many possibilities.
Allows milling of wood, plastic, aluminum and much more.

END_OF_DOCUMENT_TOKEN_TO_BE_REPLACED

Introduction and overview of assembling the home CNC milling machine with Arduino. A cheap and easy to build machine but with the same possibilities as much more expensive others.